‘Be different’, happens to be the new slogan of the VARA, a Dutch television network. Being ‘different’ as opposed to being ‘indifferent’ is what’s been communicated here. Indifference apparently has become the norm in the Netherlands and we Dutch need to be shaken into a conscience again. 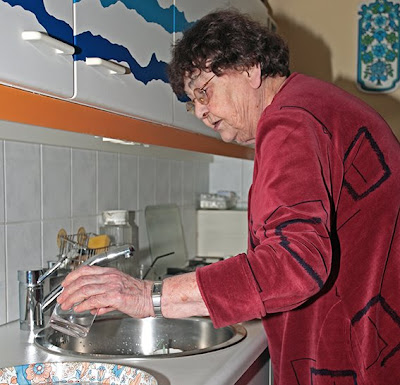 The Dutch want their elderly people to remain living on their own means for as long as possible. Byside of this policy: more then ever the elderly live in ‘splendid isolation’, alone in a digital era they have no connection too.

Gone are the days in which the milkman delivered at your doorstep, in which the baker hauled his bread from door to door, in which the family doctor made surprise house calls and the water company actually send someone to your home to read the water meter. Live.

People’s front doors have for the most part become silent barriers that open little. Households are supposed to have an Internet connection to annually submit their taxes, their energy usage, their prescriptions and their groceries. All the rest is done via 0900 service telephone numbers that make you wait in line for a lifetime.

‘No news is good news’, is what society conveniently thinks about households never to be heard of again. Searching Google for ‘found dead in own home’ will prompt in less than 0,15 seconds 1,8 million news items in the Netherlands alone. Refining the results learns one that approximately 1 million of those concern elderly people. Some of whom have been lying dead in their own home for weeks at a time.

Today the Dutch healthcare system is generating ‘professional networks of pre-signalling beginning signs of solitude among the elderly’. We need to call it a whole mouthful but in fact we are institutionalising simple feats of caring that have been lost for good. Just looking out for our elderly every now and then has been turned into a job, a plan, a master class and now a network.

These professional networks are actually devising strategies to disguise their front workers as the milkmen and water meter readers of old. Just so that they will gain entrance in a friendly inconspicuous manner into the closed households of elderly people. The goal being to gain their trust to then gather valuable information about the splendid isolation in which they live. I am not joking here.

I would suggest putting milk back into those classic glass bottles of the 20th century with the fancy silver wrapping on top and carry one or two of those manually while ringing at front doors. A merry white dairy cap and a bright smile might help too. 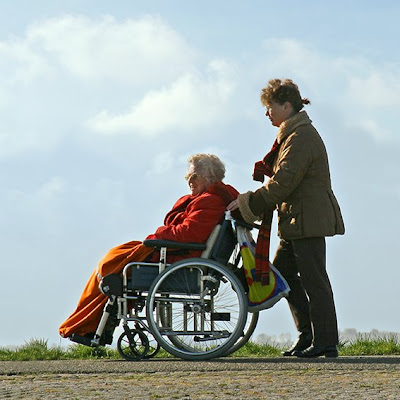 Caring for our elderly people has lost its matter-of-factness.