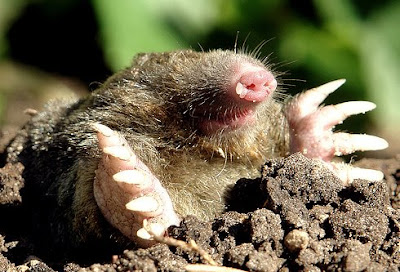 Recently (2007) the Netherlands passed a law fully endorsing the ‘Convention on the Protection of the Archaeological heritage of Europe’, mostly referred to as the Valletta Treaty or Malta Convention. The treaty from 1992, aims to protect the European archaeological heritage ‘as a source of European collective memory and as an instrument for historical and scientific study. All remains and objects and any other traces of humankind from past times are considered elements of the archaeological heritage. The notion of archaeological heritage includes structures, constructions, groups of buildings, developed sites, moveable objects, monuments of other kinds as well as their context, whether situated on land or under water’. Sweden and the United Kingdom also passed laws and other European countries are following. In the Netherlands local city councils are responsible for the effective implementation of the new law. And problems arise.

The Valetta Treaty speaks about ‘in situ’ conservation of archaeological remains. Map it, sonar it, electrolyse it, photograph it, but leave it burried, the treaty says, and it will come to no harm. Vivian Smits, conservator at Studio Västsvensk Konservering in Sweden, who did a paper on the pros and cons of digging treasures up, states: ‘During the last decade or so, in situ preservation and conservation have been recognised as the most desirable course of action when preserving archaeological remains. That is, in situ preservation aims to preserve the heritage in a wider context, in this way establishing a greater understanding of the heritage in question’.

Once dug up archaeological remains have a tendency of quickly falling apart, rotting away, going up in smoke. Or they present valuable loot, a business opportunity, a bargain. For local (Dutch) governments however dug up remains present an altogether different and much more understandable challenge: a means in getting townspeople involved in the history of their habitat and thus sustaining a much needed social structure of a shared past. ‘Cohesion’ is the magic word here, and ancient bones or pottery may just contribute perfectly fine to that process of merging neighbourhoods and bonding people. According to Valletta however most of us will never see what lies under the grounds we tread.

Although a scientist herself Vivian Smits states clearly in her paper: ‘As for the archeological heritage, which should most definitely be well preserved and protected, this should be done in close cooperation with the public. Although this involvement might be employed in ways the academic world does not always approve of, it might be the right and only way of stimulating and involving the public in the preservation and maintenance of our common heritage’.

Getting us involved could mean a growing understanding and more enthusiasm for our cultural heritage, which would inevitably lead to larger funding and thus better preservation. A way of preserving archaeological heritage for all to see. 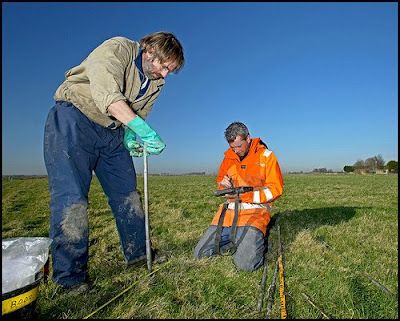 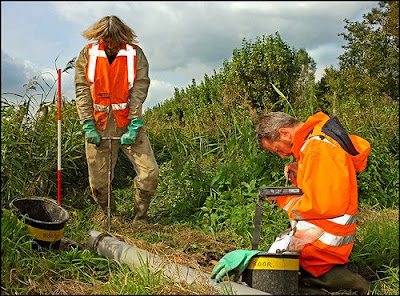 Archeologists of a company called B.O.O.R. at work at the new building site ‘Parnassia’ in the city of Hellevoetsluis, the Netherlands.

Taco Meeuwsen - 17 april 2021 0
On the self-defense bracelets and the reputation of the women of the Ouled Naïl in Algeria by Mohamed Saadouni and Taco Meeuwsen This paper is a...

Aanbevolen Taco Meeuwsen - 17 april 2021 0
On the self-defense bracelets and the reputation of the women of the Ouled Naïl in Algeria by Mohamed Saadouni and Taco Meeuwsen This paper is a...